Visualize Your Needle: Ultrasound for Painless and Accurate MSK Injections

A recent poll of 273 physicians indicated that 69% believe inaccuracy is the most significant risk of blind injections.

The poll was taken in October 2021 during a webinar featuring Dr. Alan Hirahara, a renowned orthopedic surgeon based in Sacramento, and Dr. Oron Frenkel, an Emergency Physician and Chairman of the Clarius Medical Advisory Board.

Over 2,900 physicians registered for this popular session. Watch the webinar recording to learn how to take your procedural skills to the next level with ultrasound-guided injections and make blind injections a thing of the past for your patients. Or read on for highlights from Dr. Hirahara’s presentation.

Ultrasound-Guided Procedures Are the Gold Standard

Ultrasound also has multiple advantages over traditional radiologic imaging like fluoroscopy and XRAYS. It allows improved visualization of anatomy while avoiding all the ionizing radiation and the risks associated with contrast that might be needed for some of the other interventional and radiologic techniques. Although ultrasound is limited in its ability to see bony structures, it’s ideal for visualizing soft tissues and vascular structures in the anatomic regions of interest.

We know that over time many society and agency recommendations have been moving to use ultrasound guidance as the main gold standard for placement of central lines.

Anesthesia is starting to evolve in the same direction. Ultrasound is now the standard of care for nerve blocks, central venous catherization and line placements that used to be done blindly.

We’ve all seen media reports of problems caused with blind injections resulting in severe complications that could have easily been avoided had ultrasound been used.

For example, for knee injections, miss rates vary but on average are around 20% to 40%. Now, obviously, if you have a really large effusion, you’re going to have a greater chance to be able to hit that joint but sometimes you don’t. A lot of physicians use this kind of portal either anteromedially or anterolaterally to enter the knee, go into the middle of the knee, and expect to hit the joint. Well, if you look at an MRI, here’s the spot you’re trying to hit and it’s not so easy because on the knee that has no effusion, there’s actually not a lot of space.

In fact, even if you have an effusion, it’s still also not quite that close. In fact, if you measure the distance from the front of the knee to that space, that effusion, it’s roughly four centimeters.

The problem is that a lot of doctors will use a 1.5 cm needle as a standard and that isn’t long enough get to the effusion. That means the injections you’re doing to the front of the knee will often go directly into the fat pad only, not to the joint. And that’s why patients complain about knee injections that hurt. Because you’re in the wrong spot.

If you think about it, you realize it only hurts the patient when we hit a spot that has neurologic innervation. But there’s no innervation in a joint space. It’s a space where there are no nerves. If you’re doing an injection and patients are experiencing pain, you missed. You’re in some kind of soft tissue or somewhere else but you’re not in the joint.

There are a lot of things that you can hit that’s not the joint and it’s not as easy as you think. And that’s where using ultrasound is really going to be critical and that’s why I started using it.

When injecting a knee joint, I go super patella, I go lateral, I put the knee in a little bit of flexion and of course, that amount of flexion will vary.

From the suprapatellar view, below is an example of a very large effusion, but you can see that it’s a big area that we can hit. And here we can see the quad tendon, we see the joint space that has an effusion, we see the fat pad and we see the trochlear bone. We also can measure the actual depth. So, from under the transducer, we can see that it has a depth of 3.3 centimeters. That means we can estimate that roughly two centimeters down from where that probe is, we enter in that space and measure it, we can enter in flatly and come straight into that joint space very easily.

Following is an example of a joint that has very little to no effusion. Coming in with our needle, we can come under that patella tendon and you can see the flow, you can see that flow going all the way to the other side of the knee immediately on that other side of that tendon so we know we’re in the right space. And then the most important thing as you’re injecting is to ask the patient if they feel pain. If you’re in the right spot, they’re going to say no. If they say yes, you’re in a fat pad, you’re in a tendon, you’re in a muscle, you’re in fat, you’re somewhere but you’re not in the joint.

Why Using Ultrasound in the Office Doesn’t Take Too Long

Properly incorporating ultrasound for an office injection can add negligible time. In fact, it can even make you more efficient. Here’s an example of a procedure captured on video at my office. Here we’re going to be doing an intra-articular hyaluronic acid injection and you can see I’m using ultrasound. Now this is going to be her fifth injection and at a point we’re having less and less effusion and it gets harder.

With a large knee effusion, you can sometimes get in blindly. But as that effusion starts to diminish, it’s going to get much harder to do and you can see that in this example. Here you can see that effusion, and I’m going to move her knee to optimize myself to see the bone. I’m trying to make that bone pop, make it bright so that when I’m perpendicular, I will see my structures better. So being perpendicular will make your structures pop, make that dark area hypoechoic area of fluid also much darker so that it really gives me a good sense of my position.

When I come in with my needle, it’s going to pop as well because it’ll be in the proper plane. The needle will be flat and perpendicular to my actual ultrasound image plane so I’ll be able to see it nicely. Again, same thing, I cleaned up the image. I know where I’m going to go. I’ve already pre-planned it. I know my entry point. Sometimes, I have to angle down; sometimes, I’m going to come in flat. Here you can see that the needle has entered the knee, and you can see it right there. You can see the bone popping so I’m nice and perpendicular. I’m in that joint space, and I’m done. Quick, easy, efficient, no searching around. The patient doesn’t feel much, and you’re out of there.

Ultrasounds Takes Our Practice up a Notch

Ultrasound guidance improves accuracy, it’s going to improve your patient satisfaction, it will actually improve your workflow in the office and improve your reimbursement. Adding ultrasound-guided orthobiologic treatments is going to make you a better doctor and give you the ability to treat other pathology that you couldn’t treat non surgically before. There’s a lot of education available nowadays. Please go to a course or do a site visit to someone that’s really good that you can trust to learn from and get some help because the help is out there.»

Dr. Hirahara is board certified in both orthopedic surgery and orthopedic sports medicine in both the United States and Canada. He was recently appointed to the NCAA committee on competitive safeguards and medical aspects of sports and is currently involved with the Health and Safety Committee for the Big Sky conferences. He’s the medical director and team physician for California State University, Sacramento athletics and head team physician for the Sacramento River Cats and a triple A affiliate of the San Francisco Giants.

Dr. Hirahara uses the Clarius L15 for his practice. Visit our orthopedic surgery specialty page or contact us for to learn more about adding handheld ultrasound to your practice. 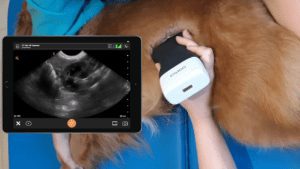 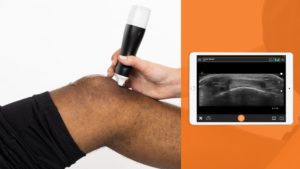