Bringing Portable Ultrasound on a Medical Mission to Haiti

We recently spoke with registered sonographer Yana Karp, who took time out of her busy schedule to travel to Haiti via the “Friends of Haiti” initiative. While there, she brought her ultrasonography skills with her, using the Clarius ultrasound scanners we provided in order to assist her on her medical mission abroad. The state of the art portable ultrasound devices Yana had access to were able to connect to a smartphone, resulting in a smartphone ultrasound system whereby the smartphone would act as the monitor where the patient/healthcare professional would view the ultrasound images in real time. A medical mission to Haiti

Medical missions to Haiti are fairly common, and are often organized by the “Friends of Haiti” group. On Yana’s particular medical mission, there were about 18 people involved, with 4 physician stations being set up. In addition to these physicians, there was also 3 dentists, 1 nurse practitioner, and a range of nurses helping out by looking after patients and performing triage duties.

Yana acted as the local sonographer, using her portable ultrasound device to perform ultrasound scans on pregnant mothers and people with certain injuries. Yana claims that a sonographer going on a medical mission with portable equipment seemed to be quite rare and surprising for people, let alone the fact that she was using smartphone ultrasound for her scans. Working with the local healthcare community

This particular medical mission saw some overlap with the local Haitian doctors and hospitals, with the group working in Mirabelle Hospital for a while, which is one of the largest hospitals in Haiti. While on a house call in Mirabelle, Yana was able to meet a man who often assisted on the Friends of Haiti missions. The man had been ill for a long time, with no apparent reason why. Using her smartphone ultrasound system, Yana was able to scan him and determine that he was positive for Deep Vein Thrombosis, potentially diagnosing his long-time illness.

Yana’s portable ultrasound equipment didn’t stop there though, it helped to identify symptoms for a range of patient’s diseases. As Yana explains:

[There was] one girl with a very large spleen who had been losing weight for the past six months and feeling very sick. We left the Haitian doctors to follow up with her. There was an incompetent cervix on a 26-week pregnant woman and we couldn’t do much about it except to make sure that she was hydrated.” Medical staff has limited supplies and resources available to them, which can be challenging. Certain types of surgeries simply cannot be performed with the available resources. As a result, providing sonographers with a portable ultrasound system is a great way to equip them with resources which can help them to identify and treat certain conditions. Using smartphone ultrasound is especially convenient, as it enables the medical staff to save precious space when packing for their trip.

Nonetheless, there are still many cases where the future outcome for the patient is uncertain at best. Yana explained her worries:

There were so many cases. There was a breast mass on a young girl that rapidly grew within five to ten months.  It was a solid mass and there was a blood flow, so hopefully she will be taken care by a surgical mission.”

She went on to explain how patients with little money are not able to afford care, while patients with higher incomes are still not receiving adequate treatment either:

If patients have money, they might be referred to go down the mountain to the hospital. But if they don’t have money, there’s no good outcome for them. Nothing is done. Physicians were very, very grateful for the ultrasound.” We plan on continuing to equip healthcare volunteers with these smartphone ultrasound devices on their medical missions to underserved communities, with sonographers being increasingly in demand by initiatives such as The Friends of Haiti. Although we cannot equip every single sonographer with a portable ultrasound device, we aim to provide as many as possible so that sonographers on medical missions abroad can tend to patients and expecting mothers who are in need.

View some of Yana Karp’s cases on this mission here. 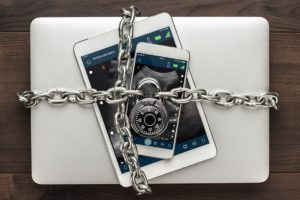