What the iPhone’s Birthday Means to Clarius

As most of you are aware, iPhone celebrated its 10th birthday this week. What you likely aren’t aware of is just how much of an influence and impact this revolutionary technology had on Clarius.

If we look back 25 years ago, a “cell” phone was used solely for audio communication, and it weighed a lot! Ultrasound machines were also heavy, bulky, and connected to wires. Like a lot of things in the 90’s (like hair), everything was large!

But by the late 90’s things were changing. The imaging performance of a 400lb ultrasound system was soon replaced by a laptop system weighing less than 10lbs. From this, a whole new ‘point of care’ market was emerging. Ultrasound was no longer restricted to radiology, obstetrics, or cardiology.

Meanwhile, phones were also getting smaller–and smarter. Advancements in technology brought about the introduction of the iPhone, the Android operating system and more. And very quickly we ALL had smartphones.

So how did ultrasound end up alongside a smartphone?

Our founder, Laurent Pelissier, had designed the first PC-based ultrasound research system. But ultrasound wasn’t just his job, it was his passion. Along with Dave Willis (our other Co-founder), who also had an extensive ultrasound background, they saw a huge opportunity to revolutionize ultrasound technology.

Like the phone in our pocket, they discovered a way to make ultrasound smaller, and without any wires attached. Most importantly, they leveraged the technology of smartphones so that the image was viewable on a smartphone or tablet.

With its Point-and-Shoot Ultrasound® capabilities, medical professionals can easily launch the Clarius app, select the scanner, select a body part, and are ready to begin. From there they can zoom, freeze, and save. Best of all, the image quality is outstanding, which really isn’t that surprising when we consider the evolution of image quality on our smartphones.

The accessibility and affordability of ultrasound solutions like Clarius is transforming the entire ultrasound landscape. Mobile ultrasound is now being used inside ambulances to assess trauma scenarios, in emergency rooms to better triage, and in rural and remote settings where healthcare access is more challenging.  Anesthesiologists are also benefitting by using ultrasound to guide local anesthetic injections.

As you see, we owe a lot to the iPhone.

While we don’t have a crystal ball, the future of ultrasound is getting clearer. The portability, accessibility, and affordability of the Clarius is going to put ultrasound into a lot more hands. Will it be your hands? 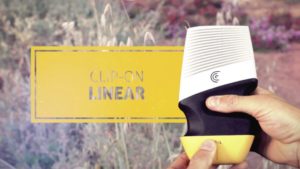 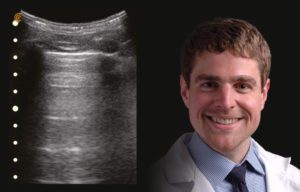