Brad Nichol, our director of North American sales, attended Washington ACEP’s Summit to Sound conference last week. Having spent 30 years in the ultrasound industry, Brad was no stranger to medical conferences. But something was different this time.

In previous sales roles, Brad would need to arrive at the venue well before it started, while carrying several large crates of equipment to his booth. Then he would spend up to an hour setting up the ultrasound machines.

“I felt like I was forgetting something important as I strolled into the exhibit hall with the Clarius Scanner in my pocket a few minutes before the hall opened,” Brad said. “It was such a dramatic contrast to representing cart-based ultrasound systems just a few short weeks ago!”

Brad has witnessed the miniaturization of ultrasound devices firsthand. “When I started in the business, an ultrasound machine was basically a big gantry you had to stand under. Now, most ultrasound devices are portable, and Clarius really takes that to the next level,” he remarked. 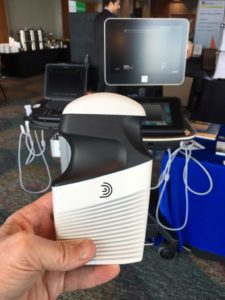 The evolution of ultrasound into smaller, ultra portable formats has even bigger implications on medicine in developing nations than we are experiencing in North America.

At the conference, Brad had the opportunity to connect with several EMED residents at the University of Washington who volunteer in resource-constrained environments.

“They were excited about not having to carry a heavy laptop machine, especially in areas without reliable transportation,” Brad explained. “Today, we call any ultrasound device under 10 pounds portable. But 10 pounds can be heavy to carry over long distances. Clarius weighs less than a pound and works with smart phones or tablets, which most of us have with us anyway.”

Brad is excited about the potential for ultra-portable devices like Clarius to redefine point-of-care ultrasound.

“Ultrasound devices are going to become personal and spontaneous and Clarius is at the vanguard of that evolution.” 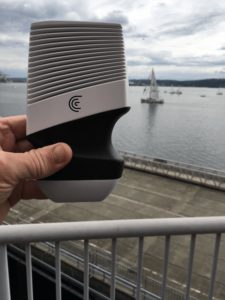 Clarius at the Summit to Sound Convention 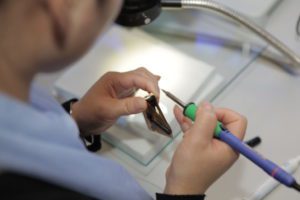