In my last webinar, I covered the basic concepts of using ultrasound in the fields of orthopedics and physical therapy, as well as how to identify the location of injuries in support structures (e.g., ligaments, tendons). I also tackled the imaging signs you should be looking for on ultrasound to assess the rate and phase of the healing process.

In this webinar, I focus on the role of ultrasound in assessing skeletal injuries, and how learning the right skills allows you to pinpoint key findings that do not appear on other imaging techniques.

The main questions we need to ask ourselves when performing an ultrasound on a bony structure are:

In these short case studies, I explore the evidence collected from each patient using ultrasound to emphasize the role of this imaging technique in identifying bone lesions and other important findings.

A 55-year-old bus driver presents with pain located in his 4th rib that started two days ago after sensing a snap. The patient noted the pain was similar to the one he felt when he played football during high-school.

As you can see in figure 01, the 3D illustration of the rib cage demonstrates the long axis view (blue line) seen on ultrasound, as well as the short-axis view (yellow line).

Video 01 depicts the long axis view, which showcases a clear discontinued bright-line associated with the cortex of the rib. This interruption of periosteum is a solid sign that there’s a fracture.

As you can also see above the point of discontinuation, there is a dome of darkness (effusive dome) that reflects the presence of effusion just above the fracture site.

On the other hand, video 02 depicts the short axis view where there is a hyperechoic crescent-shaped line.

As I swipe the probe along the short axis, you can clearly see the discontineum moving from one side to another.

This is evidence that the fracture is not perfectly located in the short-axis plane.

A 15-year-old male complains from pain in the external side of his left hand for 3 days. The patient states that during a football game, his finger was caught in the jersey of an opponent.

When I started assessing the patient’s bone integrity, I first placed the probe in the long axis (blue line), then proceeded to the short axis (yellow line) which you can see in figure 02.

The long axis view showed on video 03 depicts the proximal phalanx bone with a clear sign of bone discontinuation and hyperemia above the fracture site.

After reviewing the evidence from the two views, I recommended that the patient gets an X-ray, which eventually demonstrated a spiral fracture where the distal component of the proximal phalanx slid, reducing the overall length of the bone (figure 03).

A marathon runner aged 45, who finished a 250-mile race a week before coming to my office, complained of painful sensations in the lateral aspect of the outside of the calcaneus.

The patient had plain X-rays that did not show any signs of stress fractures.

As I placed the probe on the supero-external side of the calcaneus (figure 04), I obtained the following image shown in figure 05.

When you follow the hyperechoic line, you may notice a dark area displaying an effusive dome located exactly at the site of maximal pain.

This sign made me confident that there is a stress fracture on the same axis as that dome, which was confirmed 10 days after this consultation with another plain X-ray that showed signs of callus formation.

A 54-year-old boatbuilder presented with right-sided knee pain after feeling a ‘pop’ when he slipped on the ice and landed heavily on his right leg. The incident occurred 3 to 4 hours before visiting my clinic after having signs of local inflammation (e.g., swelling) and general discomfort in the knee area.

Figure 06 is an illustration of a sagittal section of the leg to demonstrate the different structures involved, including the suprapatellar pouch and the quadriceps tendons.

The image shown in figure 07 depicts the patient’s left knee, where the suprapatellar pouch and the fibers that comprise the distal end of the quadriceps muscle are visible. Additionally, the bright, arched line depicts the kneecap.

As I placed the probe above the affected knee, I obtained the ultrasound image shown in figure 08 which clearly shows an abnormal hyperechoic texture of the kneecap arch that’s considerably below the normal location.

This is a sign that pieces of the kneecap bony structures avulsed under the tension caused by the quadriceps fibers. An additional piece of evidence was the echoic shadowing (dark region) below the bright line.

A 72-year-old male retired golfer presented with a sharp pain in the ankle region that’s exacerbated in the standing position. Aside from certain positions, the patients reported normal daily activities without any discomfort sensations.

As I place the ultrasound probe above the joint, you can see the articular armor (dark line) running from side to side (video 05).

Video 05 shows a relatively blurred line in the lateral aspect of the articular armor. It also shows erosion in the top of the talus, which indicates an osteochondral defect (OCD) that cannot be seen on plain X-ray and requires an MRI for a positive diagnosis.

However, according to the research I reviewed, the field of view obtained from the ultrasound when you ask the patient to dorsiflex and plantarflex cover around 90% of the common areas susceptible to OCDs.

A 57-year-old female patient complained of on-going sharp pain in her toe after undergoing a bunionectomy. The patient was worried about the severity of the pain during her recovery, so she went back to her doctor, who recommended physical therapy to accelerate the healing process.

The following figures (figure 10, figure 11) show X-ray images of the screws used, with the blue line being the axis I followed to produce video 06.

As the video clearly demonstrates, the metal instruments used in the procedure are quite visible, creating a “waterfall effect”.

The ultrasound shows the staples used and the effusion around them, osteophyte formation, and slight evidence of on-going callus formation.

To assess the phase of healing, I put on the power doppler to visualize blood flow around the procedure’s location (video 07).

As you can from the doppler findings, there is an inflammatory reaction that’s mediating the healing process. Consequently, the patient needed to spend time in an immobility boot to allow for the lesion to completely heal before going back to her normal life.

The questions that can be answered using ultrasound

As demonstrated above, I can confidently say that ultrasound is an extremely useful tool in assessing bone integrity and fractures.

Below are the questions that we can answer solely by ultrasound.

Yes, you can visualize high-resolution images of the fracture, which are often better than plain X-rays.

Yes, you can see the tissue modifications and metabolic changes that take place at the location of the lesion.

Yes, and in fact, the signs of stress fractures appear earlier on ultrasound relative to plain X-ray.

Despite the common misconceptions that ultrasound is not as useful in identifying and evaluating bony lesions, physical therapy experts do know that using this tool the correct way can yield impressive results that compete with other sophisticated imaging techniques.

Hopefully, you found this webinar informative. To learn more about which Clarius HD scanner is right for your MSK practice, visit our page on Handheld Ultrasound for MSK or speak to an ultrasound expert below. 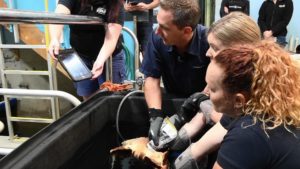 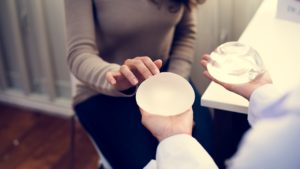 This website uses cookies to improve your experience while you navigate through the website. Out of these, the cookies that are categorized as necessary are stored on your browser as they are essential for the working of basic functionalities of the website. We also use third-party cookies that help us analyze and understand how you use this website. These cookies will be stored in your browser only with your consent. You also have the option to opt-out of these cookies. But opting out of some of these cookies may affect your browsing experience.
Speichern und akzeptieren